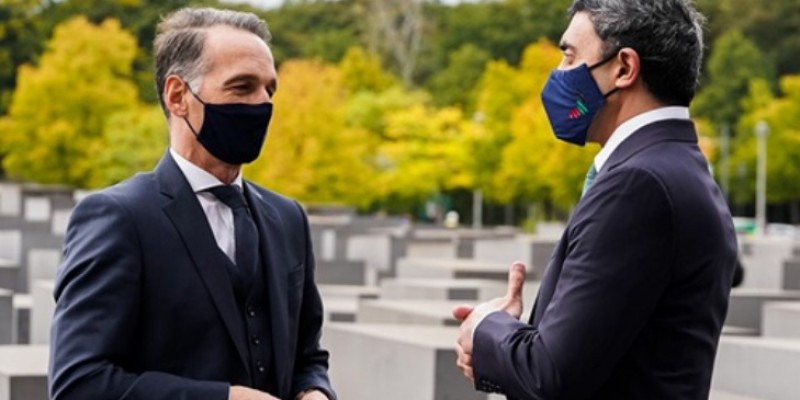 During the visit, Sheikh Abdullah viewed the memorial, which was established in 2005 close to the Brandenburg Gate to commemorate the memory of around six million Jews who were murdered by the Nazis.

Sheikh Abdullah praised the construction of the memorial in Germany, stressing that this historical monument is of great significance and confirms the importance of strengthening the values of tolerance, coexistence and acceptance around the world without discrimination.

He also pointed out that the UAE, since its establishment, has been keen to adopt and strengthen the values of tolerance, coexistence, compassion and acceptance, due to its belief that these values are the cornerstone of achieving prosperity, growth and sustainable development among communities.

He then paid a tribute to the souls of the victims commemorated by the memorial while expressing his sympathy to them and their families.

Whatever led to the murder of millions of innocent victims will not happen again, Sheikh Abdullah added while affirming that the UAE’s message to the world is one of peace, tolerance and hope.