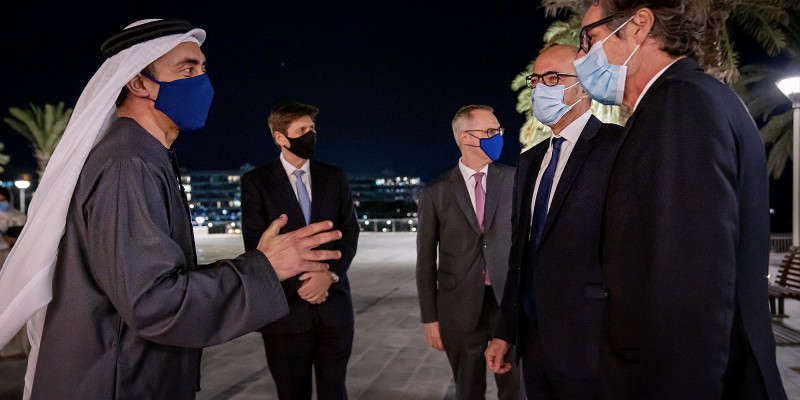 H.H. Sheikh Abdullah bin Zayed Al Nahyan, Minister of Foreign Affairs and International Cooperation, has received representatives from the EU3 group of France, Germany, and the UK, where they discussed regional developments, issues of common interest, and ways to enhance joint action between the UAE and the European trio to maintain international peace and security.

During the meeting, which was held at the ministry’s general office in Abu Dhabi, the sides reviewed the developments on the COVID-19 variant and the international efforts to ensure the delivery of the vaccine to all countries.

Sheikh Abdullah welcomed the visit of the EU3 representatives, stressing the distinguished relations between the UAE and France, Germany and Britain.

His Highness stated that achieving regional and global stability and security would contribute to opening new horizons for relations and strengthening cooperation between countries to meet the aspirations of their peoples.